Today, we will conclude the festival activities in Izola, but Kino Otok – Isola Cinema will continue its path in Ljubljana and the geographically unlimited screens of the internet. Tomorrow already, Kinodvor in Ljubljana will host its last screening of this year’s edition of Kino Otok – Isola Cinema Festival, Ema Kugler’s Man with the Shadow (2019), while, between 11 and 14 September, the Slovenian Cinematheque will host a retrospective of films by the Portuguese master Pedro Costa. In addition, between 15 and 21 September, eight festival films will be on view also on the Cinesquare web platform (select “Films A-Z”).

September at the Slovenian Cinematheque and on the internet

Because, this year, the festival venues in Izola and elsewhere could accommodate less viewers than normally due to the current circumstances, part of the festival programme will be offered on view on the Cinesquare web platform (www.cinesquare.net) between 15 and 21 September. 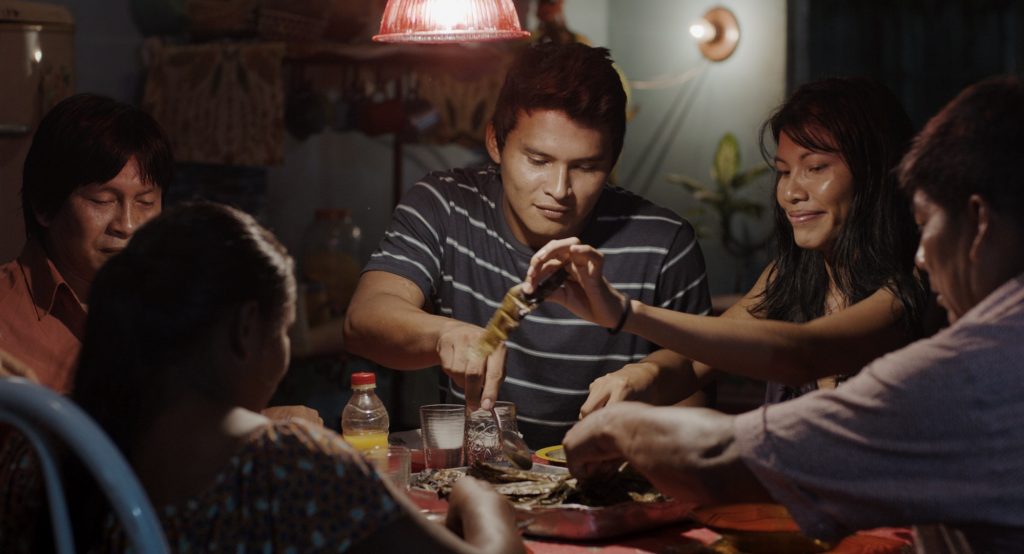 The selection foregrounds the less known geographical spaces, flammable social conditions and complex intimate states, addressing the past and its echoes in the infinitely complicated present. We carefully chose the following eight titles from this year’s Isola Cinema programme:

– Orphanage (Shahrbanoo Sadat, Denmark, Germany, France, Luxembourg, Afghanistan, Qatar, 2019), a brutally realistic and gently poetical depiction of the growing up in a Soviet orphanage in Afghanistan;

– My Morning Laughter (Marko Đorđević, Serbia, 2019), a tragicomic drama about the belated maturing of a thirty-year-old man;

– Sandlines, The Story of History (Francis Alÿs, Julien Devaux, Iraq, 2019), in which a century of Iraqi history is re-enacted by group of local children;

– Are You Going to School Today? (Anupama Srinivasan, India, 2019), a documentary about the circumstances in which children are schooled and teachers work in the rural schools in southern Rajasthan;

– Hamada (Eloy Domínguez Serén, Sweden, Norway, Germany, 2018), a tribute to the lively will to live felt by young Sahrawis despite the restrictions in the refugee camps in the middle of a stony desert;

– and, last but not least, The Fever (Maya Da-Rin, Brazil, France, Germany, 2019), a film about the natives of the Amazon torn between the city, which is a source of their income, and the primeval forest, the source of their vital power.

All films will have Slovenian subtitles and you will be able to access them online from any location in Slovenia.

See you at Isola Cinema!