At the end of the festival in Izola: Kino Otok is not over yet

On Sunday, we concluded the central part of the 17th International Film Festival Kino Otok – Isola Cinema, when many festival visitors exchanged opinions under the festival screens in Izola: spectators, authors, film and the festival bustle lovers. But the festival is not over yet. In October we will watch a retrospective of Marco Reche’s films and a rich program for professionals will take place.

Culture is an important driver of curiosity, vitality and association
The 17th edition of Kino Otok showed that the creators and viewers of the author’s film are in good shape, despite the extremely demanding times for art and culture. This year as well, during the five days of the festival, a unique lively community was formed in Izola, around the film and accompanying program we connected with filmmakers and other creators and visitors from near and far. We have gathered fresh energy and momentum under the Kino Otok’s sun, which will be with us until the next festival edition in June 2022.

The festival hosted 17 feature filmmakers, 32 members of the creative teams of short films, including 18 directors, 23 representatives of other festivals and many external co-creators of the festival. In total, the festival was visited by about 130 guests. During the festival, 34 feature films and 97 short films were screened in Izola, and an additional 11 film screenings took place at satellite festival locations in Tolmin, Idrija, Sežana and Ljubljana.

Given the current restrictions on the implementation of public cultural events, that the PCT condition must be met and a protective face mask must be worn, the visit certainly exceeded expectations. All the screenings and outdoor events were especially well attended, as we caught the tail of the Izola summer with the events at the end of August. Several events were sold out at the Arrigoni Open Air Cinema. Visitors also enjoyed attending all those screenings that were accompanied by conversations with filmmakers. 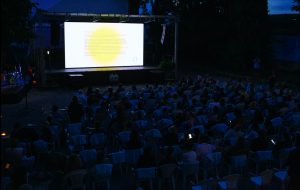 The end does not mean the end
On October 12, in cooperation with the Slovenian Cinematheque, we are starting a retrospective of the Catalan author Marco Recha, in which we will see all eight feature films of the author, two short film programs and a film omnibus. The retrospective will be opened in the company of the author on October 11 at Kinodvor. Rech’s opus is not full of surprises, but at the same time it is completely unpredictable. The films are connected by many elements, the central one seems to be the author’s search and expression of the search for the silent truth that lies in man, community and living environment. Even more present in all of Rech’s oeuvre is nature, an environment that is not the answer to our questions, but encourages questions and thus opens up space for the search for truth.

Between 6 and 8 October, in cooperation with the Center for Creativity at the Museum of Architecture and Design in Ljubljana, we are organizing PRO OTOK, a program for film professionals and anyone interested in the film’s path from idea to screen and beyond. This year, the program will include a two-day training on the development, production and distribution of series, a public discussion on film festivals in Slovenia and a seminar on the green agreement for film.

You are cordially invited to the Island! 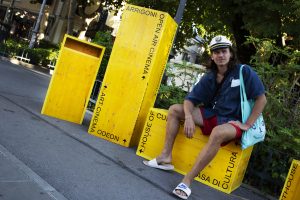