16th Kino Otok – Isola Cinema begins its festival journey on 16 July at the House of culture in Sv. Anton 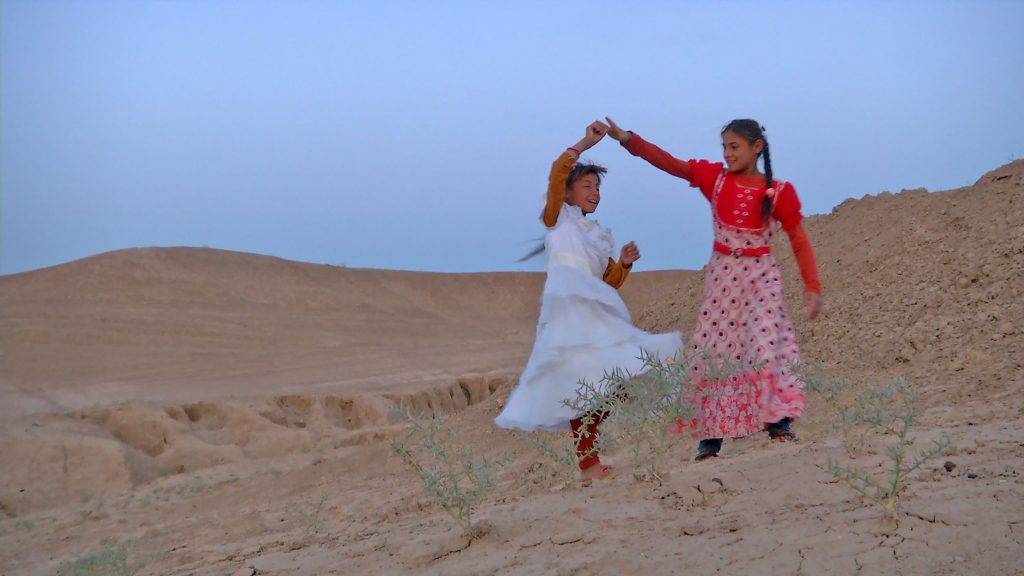 The journey of the 16th Kino Otok – Isola Cinema International Film Festival will begin on 16 July with the screening of Playing Men, an Isola Cinema favourite, at the House of Culture in Sv. Anton near Koper. In the following weeks, the rich festival happening will spread to numerous places in Slovenia, also its traditional venues in Izola and Ljubljana.

This year, the circumstances took us away from the lively festival island and isolated us on islets without touches, networking and the irreplaceable contacts with film screens and the people under them. After so many years, Isola Cinema could not welcome the summer, but we hope that the circumstances allow us to carry out the festival on the new dates. In July and August, the films will be screened in Isola Cinema’s satellites, while the programme will condense in Izola between 26 and 30 August 2020.

The programme that we re-thought and adapted in the last few months due to the new circumstances turned the Isola Cinema island into an archipelago, for, in addition to Izola, the programme will also visit other towns in Primorska and Ljubljana, while a part of it will also be available on-line.

In July and the first half of August, the first part of the satellite programme will take place at five venues.

The first screening will take place on Thursday, 16 July, at 9 pm, at the House of Culture in Sv. Anton near Koper. We will show the award-winning scintillating documentary Playing Men (Matjaž Ivanišin, 2017), shot in a humorous style reminiscent of Tati. In this magical auteur essay about men and their games, the director also runs into his own game – his creative crisis. The screening will be followed by a Q&A with the film’s director Matjaž Ivanišin.

On Thursday, 23 July, at 9 pm, we will showFederico Fellini’s 8 ½ (1963) in the Gravisi – Buttorai Mansion in Koper. Upon the 100th anniversary of the director’s birth and before his big autumn retrospective at the Slovenian Cinematheque, we will enjoy Fellini’s break-through work, in which the master throws before the viewer all his creative chaos, illusions and doubts only to arrange his inner circus into a perfect final order. The show will be a treat for cinephiles, for we will screen the film from a 35 mm print. The event has been prepared in cooperation with the Primorska Summer Festival, the Slovenian Cinematheque and the Santorio-Santorio Italian Community in Koper.

On Sunday, 2 August, at 9 pm, the Silvan Furlan Open-Air Cinema in Nova Gorica will host Francis Alÿs and Julien Devaux’s Sandlines, The Story of History (2020), in which children enact Iraq’s history. The screening has been organised in cooperation with Kinoatelje. The photo at the beginning is from this film.

On Friday, 7 August, at 9 pm, at the House of Culture in Sv. Anton, Timeless River (Anja Medved, Nadja Velušček, 2010) will immerse us in a personal, historical and felt vision of the Soča – a river that simultaneously delimits and connects, is full of anxieties and beauties, is attractive and dangerous, known for its emerald colour and the bloody front. The meetings along the river reveal the contradictions we live today in relation to nature. The screening will be followed by a Q&A with the film’s directors Anja Medved and Nadja Velušček.

On Monday, 10 August, at 9 pm, the Open-Air Cinema of the Slovenian Cinematheque in the Museum Quarter in Ljubljana will become one of Isola Cinema’s satellites. We will screen Present.Perfect (Zhu Shengze, 2019), a haunting documentary essay foregrounding the questions about loneliness, the longing for human contact, the meaning of community and the economic forces that tailor our social realities. The film is based on more than 800 hours of footage taken exclusively from Chinese streaming platforms. It disregards influencers with millions of followers and focuses on those living on the margins of society that remain mostly unnoticed. The event has been organised in cooperation with the Slovenian Cinematheque as part of the We Are #Open for Culture campaign.

The exceptional, haunting, tender, but also cruel Macedonian documentary Honeyland (Tamara Kotevska, Ljubomir Stefanov, 2019) will be screened on Thursday, 13 August, at 9 pm, at the Arrigoni Open-air Cinema in Izola. The film in which a remote village becomes a microcosm of the contemporary world is a homage to the resilience, persistence and optimism of a woman facing the fragile balance between humans and nature. The film won an award at Sundance, was nominated for an Oscar in two categories, while the European Film Academy nominated it for best documentary. The screening has been organised in cooperation with the Centre for Culture, Sport and Events and Art kino Odeon from Izola.

The second part of our satellite programme will take place after 13 August, which we will regularly inform you about.

To keep up-to-date with the latest information about the programme, the possible changes of venues due to bad weather and other issues we recommend that you follow us online: isolacinema.org, facebook.com/kino.otok, instagram.com/kinootok_isolacinema.

The events will be carried out in a format adapted to the circumstances and in line with all the preventive measures and instructions in force at the time.